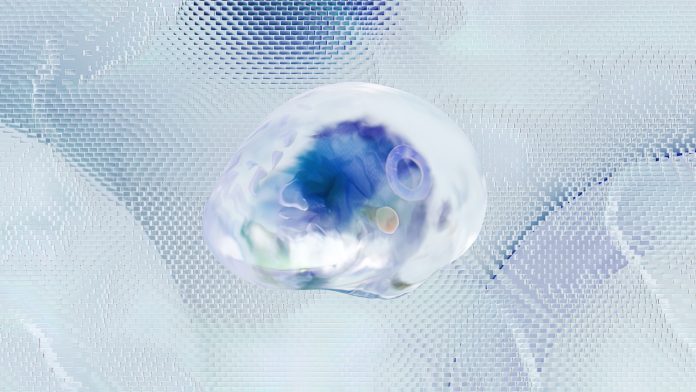 In recent years, artificial intelligence has taken the world by storm.

It’s now common to see news stories about AI pop up in your social media feeds and online news sites.

With all of this buzz surrounding AI, you might be wondering exactly what it is and how it could impact your life. In this blog post, we’ll cover everything you need to know about AI and its potential implications on your daily life.

Whether you’re new to the world of AI or just want a refresher, read on to learn more!

What is Artificial Intelligence?

The History of Artificial Intelligence

As we mentioned, AI has been around for decades. In the 1950s, scientists and computer scientists first began to seriously look into the idea of creating intelligent machines. During the next few decades, researchers made significant progress in the field of AI. However, many AI researchers ultimately came to the conclusion that the field would remain a scientific curiosity instead of becoming truly useful technology.

The end of the 20th century brought a renewed interest in AI. At this point, computers had advanced to the point where they could actually be used to build a machine with true AI.

At first, the goal of these new AI-focused organizations was to build computers that could defeat humans at chess.

However, since chess is essentially a solved problem, this goal was soon replaced by a new one: building computers that could defeat human experts in other fields.

How is AI Used in Our Daily Lives?

Artificial intelligence is often used in computer programs and robots to improve functionality and user experience. A common example of AI at work is auto-fill functionality. When you’re typing an email on Gmail, for example, Google’s AI algorithm will suggest relevant words based on what you’ve typed so far. When searching for information on the internet, AI algorithms can be used to prioritize certain results based on their relevance to what you’ve typed.

These algorithms are also used for visual searches, so you can point your phone camera at an object and get a search result for it. AI is also used in computer programs to automatically alert humans if there’s a problem with the system.

For example, AI programs are used in medical devices like heart monitors to detect abnormal patterns in patients’ heartbeats. If a problem is detected, the AI program will send an alert to a human to take appropriate action.

Pros and Cons of Artificial Intelligence

One of the most obvious pros of AI is that it can perform tasks quicker and more accurately than humans can. AI algorithms can be programmed to outperform humans in specific areas, like playing chess or Go or driving a car.

One of the main cons of AI is that it often doesn’t understand the broader context of the things it’s programmed to do. If a doctor’s AI program isn’t programmed with rules for appropriate action in certain situations, it could send an incorrect or harmful alert to the doctor.

Another potential con of AI is that it can be used to manipulate people, either intentionally or not.

For example, someone could write computer code to create a fake video of a politician saying something untrue. When the video gets posted online, it could use an AI algorithm to make it seem like the politician actually said those false words.

As we’ve discussed, general AI is the idea of creating a computer program as intelligent as a human across the board. It would be as good at social interactions and creative thinking as it would be at math and science.

A computer program that could do all of those things at a human level would be truly remarkable — and, as we’ve discussed, that hasn’t happened yet, though researchers are getting closer.

At the moment, it’s mostly researchers in the field of reinforcement learning who are making progress towards general AI.

Machine learning (ML) is one of the main subfields of artificial intelligence. It involves training a computer program to recognize patterns in data by feeding it examples of that data.

A common example of machine learning in action is autocorrect. When you’re typing on your smartphone and press the letter “u” but it types “r” instead, your phone’s AI program knows you actually meant to type “you.”

It’s trained to recognize patterns in the letters you type and the corrections you’ve made in the past so it knows how to fix the mistake automatically in the future.

Machine learning is used in many other scenarios, too, like in image recognition programs, search engines, and more.

One of the most famous examples of artificial intelligence is image recognition. This allows computers to understand what they’re looking at. For instance, when you upload a photo of your computer screen to a website, it can recognize what you’re doing and even suggest corrections if you make a mistake.

They’re able to see road signs, detect pedestrians, and even identify different types of vehicles, all without any human input. This technology is still in its early stages, but it’s only a matter of time before autonomous vehicles become the norm.

This will have a massive impact on the transportation industry and change the way we travel.

Natural language processing (NLP) allows machines to understand human language, like the difference between “it’s hot outside” and “it’s too hot outside.” With NLP, computers can analyze and understand your communications with others and even search engines like Google.

Search engines use NLP to understand the content of your searches, which makes them more accurate than ever before.

Computer systems are also capable of communicating with other machines and people using natural language. This allows them to assist people with various tasks, such as ordering food or making purchases online. For example, if you’re hungry and want to order Chinese takeout, you can just ask your computer to order for you.

What if you’re too tired to order? You can use natural language processing and just say, “Computer, order Chinese takeout.” Technology like this is already here and improving every day.

Sentiment analysis is the process of determining a piece of text, such as an online review or social media post, and how the writer feels about a certain issue.

This technology is advantageous to businesses because it allows them to respond to negative reviews much more quickly than they would be able to otherwise.

For example, if a customer writes a bad review, a business could use sentiment analysis to determine if the review is justified and, if it is, try to rectify the situation as quickly as possible.

Rather than ignoring the review and hoping it goes away, businesses can use sentiment analysis to respond to the review immediately and try to make the customer happy. This can prevent negative reviews from spreading and help businesses to make a positive impression.

Imagine being able to predict the future, even just a little bit! Although we can’t be absolutely certain about the future, we can make educated guesses about it based on data and trends.

Predictive analysis uses historical data to make predictions about the future. When a retail store uses predictive analysis, it analyzes its sales data and uses that data to predict how many units of a certain item it needs to restock.

This allows the store to save time and money as it doesn’t need to overstock items that aren’t selling.

For example, if a retail store is out of toilet paper, it can use predictive analysis to determine what other items are likely to be out of stock next.

This gives the store the information it needs to restock the items that are about to run out, giving customers a better experience.

The Build & Inspire Podcast is Live! How it Got Started...

Should Founders Build Their Own Sales Deck?

Treat Data Like a Team Member in Order to Succeed

ABOUT US
Build & Inspire is a podcast and blog, focused on inspiring people to build the things they’re passionate about.
FOLLOW US
Made w/ Love ❤️ by AAA Internet Brands, LLC
MORE STORIES